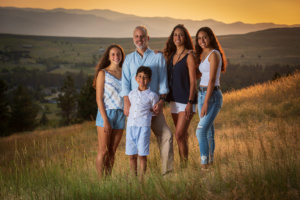 Mike Pappas, a Pediatric Intensive Care doctor, and Cristy Saucedo, a nurse at a local hospital, married for a year, when they realized that working full time affected the amount of “quality time” spent together (actually, Cristy used the term “quality time”).

Their solution was to build a dream together.  In 2001, they quit their jobs, and opened up a pediatric office and called it Children’s intensive Caring (CIC).  They started from scratch, mortgaged their home and took a substantial loan to do what they loved doing.  They were told that they would be “out of business” within a year, and “a small office won’t survive here”. But they persevered.

Their initial office was a 30 x 50 foot space on the second floor of the Signature Bank building in West Toledo. It was a small office, and for the first several months they had absolutely zero patients.

After 5 long years, word of mouth had CIC growing, thanks to its wonderful patients and families. In 2006, they outgrew their small practice and moved to their present address at 4405 N. Holland-Sylvania, Suite 102.

Fast forward to 2020 (and 3 kids later). CIC now has over 3300 patients with many families who have referred their own family members and friends. Mike still does Pediatric critical care, and Cristy now has a doctorate in nursing!

What began as a dream of 2 people is shared with 13+ other dedicated professionals, who not only strongly believe in caring for children but also believe and hold true to the family oriented “mom and pop shop” it is today.